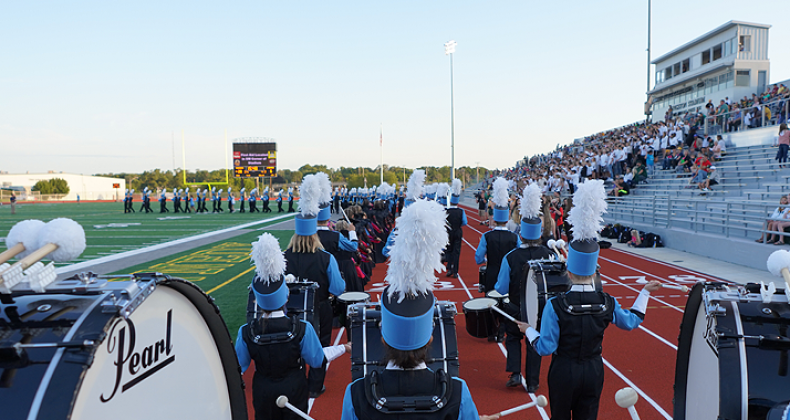 The custodial and grounds team has many responsibilities, including mowing, snow removal, tree care, and playground repair. Our goal is to provide innovative and economical solutions, and friendly and professional services. We are also environmentally responsible with cleaning products, equipment, and procedures.

The grounds crew mows 12 million square feet—the equivalent of 223 football fields. The grounds crew also snow plows and sands or salts more than 46 acres of pavement, and 13 acres of asphalt on school playgrounds. In the winter, work days can last 15 to 18 straight hours of snow removal, only to do it all over again a few hours later.

Besides lawn mowing and snow removal, the grounds crew can be seen trimming hundreds of trees. Some schools also have limestone walking trails, which the grounds crew maintains, making sure they are clear and clean for students and community members to enjoy.

As playgrounds age, the grounds crew helps to replace them by removing old sets so new equipment can be installed. Playground wood chip, and sand replacement and refill are also important duties of the grounds crew.

Athletic field painting and chalking is the responsibility of the respective school’s custodial staff, but the grounds crew does fertilize, groom, and aerate more than 20 athletic fields around Cedar Rapids Community School District. Most of the running tracks are made of brick dust, but some are made of gravel. The tracks, which can be found at middle schools, are graded annually so they are even to run on.

One of the biggest responsibilities for the grounds crew is the maintenance of Kingston Stadium. Kingston Stadium went into service for Cedar Rapids public schools in 1952, and was updated to artificial turf in 2009. The stadium seats 10,000 spectators, and has a large scoreboard and video board that was added in August 2016. The grounds crew is in charge of Kingston’s upkeep, and for cleaning the stadium after home football games, soccer matches, and track meets.